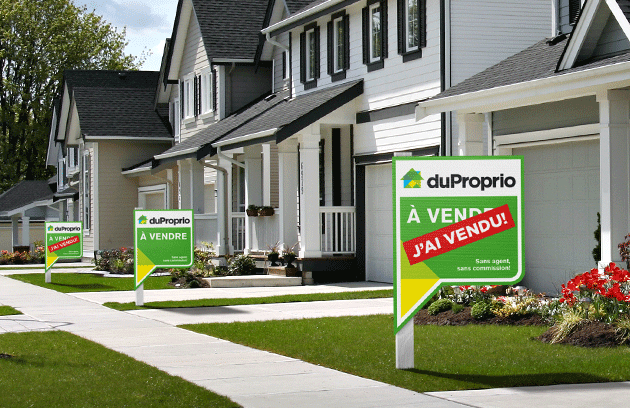 The 2021 real estate market off to a flying start

Pressure is rising in Quebec’s real estate market and shows no signs of letting up. The latest government restrictions had no impact on activity and the real estate boom seems to be ramping up as Quebec’s moving date, July 1st, approaches.

The average selling time at DuProprio in the first quarter of 2021 was 70 days1, varying between 48 and 88 days1 depending on the region. This is 28 days less than during the first quarter of 2020. What’s more, the percentage of above-asking sales transactions jumped significantly, from 18%1 during the period of July to December 2020 to 32%1 from January to March 2021.

The market is especially hot in the Gatineau area, where the average selling time was 48 days1 and where 57%1 of transactions were overbids. The only other areas with comparable results were Montréal’s north and south suburbs.

An early spring for the real estate market

One thing is certain: activity in Quebec shows no signs of slowing down. There was a monthly average of 9.3 million visits2 on DuProprio.com during the first quarter of the year, and a new record was set in March, with 9.7 million visits.

“Despite the pandemic, it’s still normal to see a surge in real estate at this time of year because Quebecers wanting to move in the summer generally take action in spring,” explained Martin Desfossés, DuProprio real estate coach.

It will be interesting to see if the January–March trend will lead into the market’s usual springtime growth or if Quebecers just started their property search earlier this year.

The results of a web survey conducted in March indicated that plans to sell (26%3) are markedly lower than the plans to buy by March 2022 (57%3). This unbalance between offer and demand means the market will continue to favour sellers for several more months.

The pandemic has created unprecedented consumer hype. The number of properties for sale dropped by half in Quebec in one year, and so long as the inventory remains this low and the buyers this numerous, the pressure on the real estate market will remain strong.

Remember that rising prices, overbidding and rapid selling are directly influenced by market conditions, and that real estate is cyclical, meaning that the situation will eventually readjust itself.

In the meantime, there are limited ways to cool the market. Interest rates are advantageous and the prime rate shouldn’t increase before 2023, according to the Bank of Canada.

“It’s normal for consumers to want to take advantage of the market, but they also need to make sure they have the capacity to keep paying once rates go back up,” reminded Martin Desfossés. “It’s also really important to get the property inspected. Waiving that condition when making an offer to purchase involves risk, and should not be done lightly or under pressure.”

The advantages of transacting without an intermediary

In a market where everything seems to be moving fast, there’s nothing better than being able to talk directly to the seller. They’re the ones who know the property best. Not only does this direct communication speed up the process, it also creates a trust-based relationship between buyer and seller, which paves the way for a smoother transaction.

Using this method can also impact the negotiations. Government opposition members have criticized the lack of transparency when there is overbidding and multiple offers. The possibility of making competing offers to purchase public was raised as a means of putting the brakes on the looming real estate bubble.

However, such a measure would have little impact on owners who opt to sell without an agent. Here’s why:

Remember that the amount of a real estate transaction is public and can be found in Quebec’s land registry. Being transparent makes it possible to preserve the integrity of the real estate market, and DuProprio encourages such transparency at all levels, notably by asking its clients to list the selling price of their property on its site.

Plan your strategy with the DuProprio team

“Some clients feel comfortable sharing the amount of a received offer to other potential buyers, while others don’t,” said Martin Desfossés. “Ultimately everyone makes their own choice. But our real estate team is there to advise our clients and help them establish a selling strategy that meets their needs.”

Also, DuProprio sellers have access to notaries for help with legal documents, like the offer to purchase, for a compliant and satisfactory transaction. To find out how our whole team can help you in the sale of your property, call us at 1-866-387-7677.